In preparation for its annual meeting, ACI staff members were surveyed to determine what areas of ACI they would like to hear from at the meeting. Then, once the three areas were determined, they provided questions they would like representatives from those areas to answer. Staff members also submitted questions for Division Director Hellman and ACI CEO Radecki as well as for the three former-inmate/current employers.

This was a departure from past Annual Meetings where the agenda was set entirely by the executive staff.

Employee engagement surveys for the last few years have shown that staff wants to learn more about every area of ACI and the people who work in those areas. This event provided the perfect opportunity to hear from new voices and learn about important ACI developments.

The day began with sign-in and continental breakfast, where team members from across the state could reconnect. Then IPS staff went across the street to the ACI Administrative Offices for a briefing with Labor Contract Operations Administrator Mario Diaz while the rest of the staff were given AMS training by Bernie Bronson. 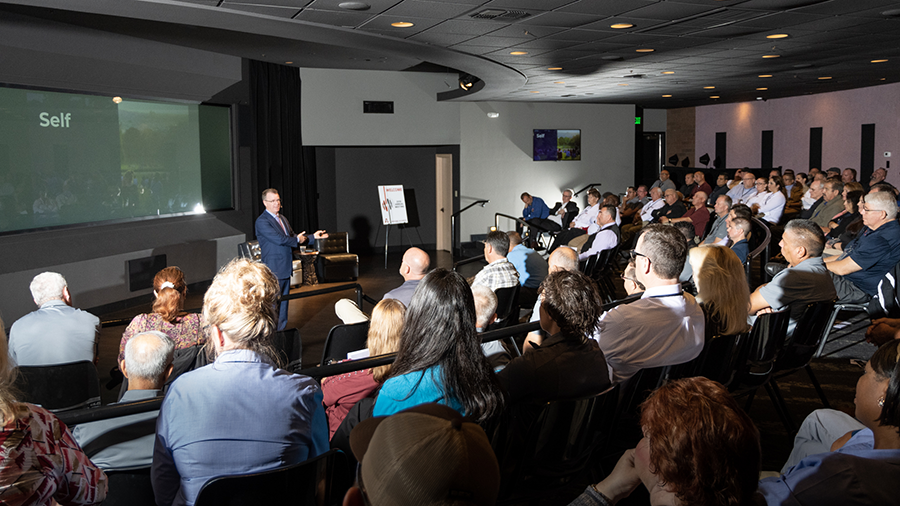 Once the entire staff was reunited, guest speaker Kevin McCarthy recounted his personal journey with early success, new beginnings, a very bad decision, and his long road back to a normal life with his wife and family.

The lessons he learned along this journey, formed the foundation for his best-selling book, Blind Spots, which each staff member received a signed copy of at the meeting, and the basis of his presentation entitled The Blind Spot Zone.

The old saying, "If it looks too good to be true, it probably isn't," was one of the red flags that Kevin chose to ignore as he began a new venture that promised huge financial rewards. The people he was working with seemed to be legitimate, but he soon discovered his trust in them was misplaced when FBI agents appeared at his door one fateful morning.

After his powerful presentation, Kevin served as the host for the seven interview sessions to follow.

Karen explained what the other areas of the Inmate Programs and Reentry Division are involved with, from education, mental health and addiction programming and community corrections to how the department is working closely with DES and [email protected] to create Second Chance Centers in appropriate complexes.

Brian went through the 2018 fiscal year financial results and detailed where ACI has been investing in its operations. Both Karen and Brian also related former-inmate stories that had made a profound impact on them and served as a reminder of how important the work we do is in the lives of the inmates we work with.

A wonderful lunch buffet was served in the adjoining rooms, where everyone had plenty of time to eat, relax and catch up with staff members from across the state.

When the program continued, back in the meeting room, representatives from the three areas of ACI that staff said they wanted to hear from, answered questions about their area.

ACI has been using Epicor or its predecessor for several years. David Barbee's promotion earlier this year had him jumping in feet first to the tail end of a 3+ years long, multi-agency, and multi entity upgrade process. In other words, a lot of people outside of ACI are involved. The questions that were submitted fell into two types:

Randy Helm has managed ACI’s Wild Horse and Burro Inmate Program since its inception in 2011. In addition to his unmatched skills as a horse “whisperer,” Randy is a pastor and former police officer. Local (and national) news outlets have done feature stories about this program over the years. Randy has hosted many training and adoption events with hundreds of horses and burros finding new homes with local farmers and ranchers as well as the US Border Patrol.

Some of the questions from staff that Randy answered included:

Since 1995, ACI has partnered with private businesses to provide inmate work crews in many diverse industries. Today we are partners with 31 different private businesses in many industries such as agriculture, call centers, recycling, metal fabrication, construction, truck repair, vehicle detailing, food preparation, fulfillment, warehouse maintenance. From being a small part of ACI’s business when this program began, labor contracts now represent more than 60% of ACI’s revenue and represents our most promising growth area going forward as the labor shortage worsens for many industry segments in Arizona.

Some of the staff-submitted questions that Mario addressed included:

The remaining interviews were designed to include a former inmate who has found success after release and their current employer. At the last minute, one such team had to drop out because of pressing business issues, but another employer, Superstition Components, stepped up to complete the program.

Some of the questions Ed fielded included:

ACI Purchasing is responsible for buying all administrative office supplies, the raw materials for all operations (such as bulk paper, inks and other supplies for the print shop; bulk fabric for all the sewing operations; and metal, aluminum, and steel for the industrial yard…).

Purchasing Manager Vicki Fitzpatrick has been with ACI since 1997 is a Certified Professional Public Buyer (CPPB, 2005) who supervises a staff of three civilians and three inmate clerks.

Jennifer Reitan is a former inmate clerk, who was hired last year as an Assistant Buyer after her release. Jennifer is the first former inmate to be hired at ACI since 2011, when the policy was changed and such hires were no longer permitted. In 2016, the policy was again changed to reflect the department’s focus on improving reentry results for former inmates and ACI can now hire qualified former inmate clerks. When he announced this new hire at the Annual Meeting in October, CEO Brian Radecki said, “We’re constantly asking local businesses to hire the skilled, ex-offenders from our programs but the Department itself had policies against such hires,” he went on. “I’m excited that going forward, we can offer positions to qualified ex-offenders who have demonstrated the work ethic and learned our processes and procedures while working in our administrative offices. I know that Jennifer will be a great addition to our staff because she has already proven herself through the work she did with us during her incarceration!”

Some of the questions Vicki answered included:

Ericka Garduño has recently taken over Human Resources duties. She had worked with one of ACI’s inmate work programs at a previous job a few years ago. Dean Gearhard has been an outstanding employee since he started working at Papa John’s as an inmate and has taken on many new roles and responsibilities since his release and is currently a junior manager.

All of the guests and staff who answered ACI team questions, reminded everyone of the important work ACI does and the real impact that work has on the lives of the inmates as well as our customers and partners.

The program concluded with an awards presentation ceremony. 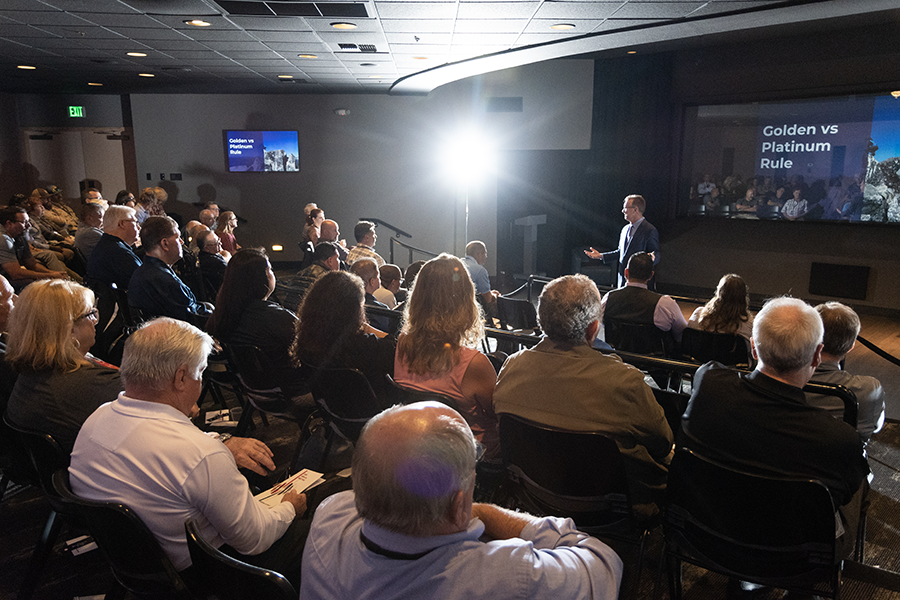 All photographs by Yannick Apers.